Delegation of medical cannabis patients is to meet with Nick Clegg 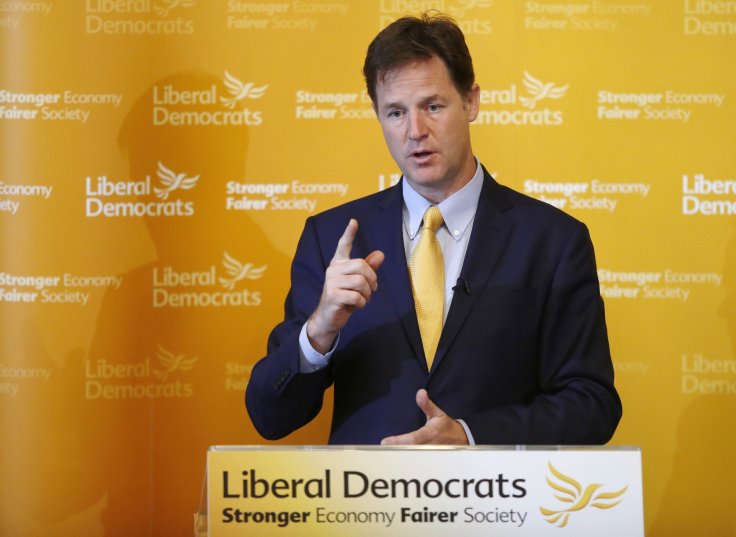 Lib Dem MP and one-time deputy Prime Minister Nick Clegg is to meet with a delegation of medical cannabis patients from around the UK on December 16th at Portcullis House.

The meeting has been set up by the recently formed National Cannabis Coalition, an umbrella group of pro-reform organisations which includes the United Patients Alliance, United Kingdom Cannabis Social Clubs, NORML UK, and others. In this case, the organisation mainly responsible for setting up the meeting is the UPA, whose Political Director Jon Liebling announced the news on social media.

The delegation will include Mr Liebling, who uses cannabis to treat the symptoms of anxiety and depression, the UPA’s Director Clark French, a Multiple Sclerosis patient and prominent legalisation activist, and five other patients with various illnesses, diseases, and ailments for which they consume cannabis. Included among those five will be Jacob Barrow, the creator of the current e-petition to reschedule cannabis to allow for its use as a medicine.

The hope is that by meeting with Nick Clegg face to face, and showing him the real, physical evidence of the medical and therapeutic potential of cannabis in person, they will be able to convince him of the urgent need for a change in legislation.

It can hardly be ignored, however, that Clegg’s authority and ability to bring about change has been diminished somewhat by the General Election results this year, in which the party he then led lost all but eight of its MPs.

That said, Mr Clegg is still well known in political terms. More people know who he is than, say, Johnny Mercer MP, who called for the banning of ‘legal highs’ in the media today, apparently oblivious to the fact that his party are already going against all of the evidence by doing exactly what he is now apparently campaigning for.

So Clegg can still, at the very least, be a recognised voice of reason in the national press, as he has been previously. Writing in The Independent earlier this year, he said “We are, without doubt, losing the war on drugs”. At the time he was discussing his plans, along with Sir Richard Branson and others, to build a new campaign to convince European leaders of the need for reform at UNGASS 2016, which is now only four months away.

As important as UNGASS could undoubtedly be, the focus of the delegation of cannabis patients meeting Nick Clegg tomorrow will be firmly UK-centric. The need for immediate change at home is clear and urgent, and must not be ignored by our politicians. Contrary to what some would have you believe, changes to the UN Single Convention are not necessary in order for us to change our approach to medical cannabis in the UK. With any luck, coming face to face with some of the victims of the war on drugs, and hearing their stories first-hand, will convince Mr Clegg to focus some of his energy on fighting for change at home as well as abroad.

I spoke to Tom Lloyd, ex-chief of Cambridgeshire Police and Chair of the National Cannabis Coalition, about the patient delegation earlier today. He had this to say:

“I am very pleased that Nick Clegg is taking the time to discover the truth about the cruel injustice of our failed drug prohibition policy that punishes seriously ill patients for treating themselves with their most effective medicine – cannabis. After hearing directly from the patients I hope he will be a powerful advocate for change and urge our government to allow all patients legal access to cannabis including those who grow their own to avoid engaging with the criminal market.”